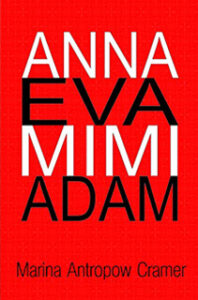 Three generations of women suffer the consequences of a single violent act.

Mimi has no memory of the beating she endured at her mother Eva’s hand. Both struggle to understand and perhaps overcome the detachment that defines their adult relationship.

Eva’s gentle mother, Anna, who witnessed and stopped the event, becomes a thorn in Eva’s conscience, a constant unwitting reminder of her shame and self-loathing.

Adam, Mimi’s small son, occupies the center of this troubled family. He knows nothing of the cause, but is a precocious observer who, unawares, uses the best of his open nature and the purity of his child’s love to move the women toward healing.

Excerpt from the Book

Some days, instead of staying home to sweep the kitchen or wash my clothes, I go to the park near Adam’s school. It has a duck pond with a little island in the middle where the ducks can rest from swimming.

I don’t feed the ducks, ever since the man in the tweed cap told me that bread is not good for water birds. “It’s not their natural diet,” he said. “There’s no nutrition in it, for a duck. Bread tends to swell and fill their stomachs, so they eat less of the bugs and vegetable matter they really need to stay healthy.”

“They seem to like it, though,” I persisted, but put the rest of my crusts away to take back home. I’d make macaroni and cheese for Adam’s supper, with crumbs on top. That’s part of our natural diet.

The man had looked grave. “Who knows the mind of a duck?” He walked on down the gravel path, his little dog trotting beside him on the grassy border.

Once I thought he was about to start a conversation. I was at one end of the walkway that arches over the pond, watching two particularly handsome ducks give each other the eye on the island. He approached from the other end of the bridge and stood nearby for a bit. When he looped the dog’s leash around his hand and cleared his throat, putting his other hand up to his cap as if to raise it in greeting, I walked away.

That’s one good thing about being old – you can do things that might seem odd or rude, and it’s fine, nobody cares. He’s probably a nice enough gent, but the truth is, I really dislike little dogs.

My favorite spot, after the duck pond, is the bench near the old apple tree. I wonder how that tree came to be here. Is it the legacy of a random seed encased in bird droppings fallen on fertile ground? More likely, it was placed here by a devoted groundskeeper, a man or woman with a passion for watching things grow.

Here’s why I think so: it’s not one tree, but two.

The apple tree’s smooth grayish trunk is split, a foot or so from the ground, into four thick sections, each bearing many branches strong enough to support a great deal of fruit.

This is where its cultivated origins are revealed: the graft, near the base of one trunk section, of a completely different variety of apple. The crab apple fills the lower branches of the larger tree with a maze of twigs, studded in season with masses of tiny fruit.

These apples, green and modestly blushing, some no bigger than a baby’s fist, are like the stories in my tattered notebooks – blemished, misshapen. Even those that appear smooth and inviting may conceal, under their glossy skin, the worm of imperfection, the flaw that makes them of no use to anyone.

And that’s all right. I never meant to be taken seriously as a writer. Looking at these conjoined trees, I feel a different purpose, as if my reason for living is to protect the vulnerable crab apple growing from the wound in my trunk. The wound like an open mouth, its ashen edges scabbed with roughened scar tissue, a witness to violence that may fade in memory but is never entirely healed.

Sitting here one day, I thought, I am this tree. My life, which started out so full of reasonable expectations, has had to bend and sway, finding its meaning in adamant survival, its solace in moments of random beauty.

Eva. The shock of your excruciating birth, my body reluctant to let you go, as if knowing the trouble that would come of releasing this life into the world. Like these trees, we draw our sustenance from the same soil, drink the same rain, but we will ever be two discordant varieties of being. Your brittle twigs, so easily broken, grope toward the sun in all directions, escaping my protective canopy. You hang your small dusky fruit in clusters out as far as it will go, tempting blue jays and squirrels to strip you of everything you own.

Well, there I go again, letting the metaphor run away with the story. Enough of trees.

My mind seems to take these fanciful flights more and more these days. Whether it’s spending more time with books than with people, or an early symptom of some strange form of dementia, I’m not the one to say.

I’m plagued with random thoughts. Some are silly and amusing, but many are of the dark kind, a relentless ache of the heart and mind, full of unanswerable questions. Will I ever understand what impelled you to raise your hand in rage against the child, or where I found the strength to stop you?

He’s standing there, cap in hand, the pesky runt sniffing at his shoes. “If you
come at dusk,” he says, “you can see deer. They come for the apples.”

“Masterfully told from multiple points of view, with gorgeous prose, and tremendous insight, Cramer has created a work of depth and honesty about matriarchal complexity, love, and strength. A gem.”

– Roselee Blooston, award-winning author of Trial by Family and Dying in Dubai.

“In the most straightforward and clear language that I’ve read in quite some time, Marina Antropow Cramer presents in her latest novel a saga that plots the twists and turns that map out the course of families.  This brilliant book doesn’t turn away from harsh truths but also understands that people are delicate creatures before they become harmed.”

– Susan Tepper, author of What Drives Men and The Merrill Diaries.

“There’s a contrast between the normality of daily life and the deep rooted issues that underlie that life, a cleverly written juxtaposition. This is a tense novel, we sense the pressure the characters feel, the slow reveal allows the reader to engage emotionally. Gradually we learn just how haunted these women are and how that passes on through time. The multi-voice narration provides nuance to the tale.”
– NB Magazine